The Rambin’ Stories milk truck on the road.

What’s the best predictor of your child’s emotional well-being? It’s not great schools, hugs, or Pixar movies. Researchers at Emory University found that whether a kid knew their family history was the number one indicator. Raja Badr-el-Din and Mark Valentine of Ramblin’ Stories, both 23 years old, intuitively knew that. They sensed that without the stories of elder seniors, their lives would be somehow less rich, and their struggle would be greater. That’s when they cooked up a scheme. They fixed up a 1973 Chevy milk truck and took to the road, recording the stories of whatever elder showed up. Along the way they learned one of the great truths of life, plus how to get a cheap hot shower on the road.

Their adventure so reminds me of A) Something I would have done at their age (and would still do) and B) Ken Kesey’s magic bus ride of 1964, an event that touched a match to the powder keg of the 60’s.

Rock on guys! Be the change…

What you will learn:

The $25 off gift certificate!

The more I work in this field, the more I believe it is important for families to spend time with each other, hearing the stories that make up our lives. The help capture those stories, I’ve invented a product called StoryBox, and I’d like you to take a look at it. It will only cost you a few moments of your time, and it could pay dividends forever. Please visit the StoryBox page, watch the four minute video, and then take a short, anonymous survey and get a $25 off certificate that can be used toward the purchase of StoryBox. Thank you! 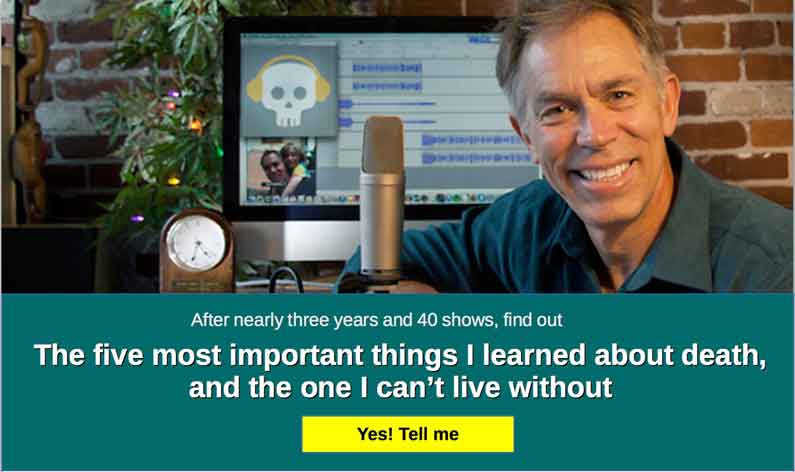 How to enjoy peak life experiences in your sunset years